A response to a “viral” video about aero/hydroponics 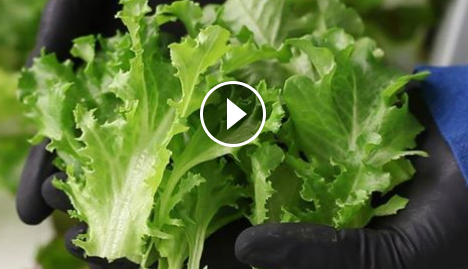 A response to a “viral” video about aero/hydroponics

This is our response:

“Completely controlled environment”…
‘Civilized’ humans and their insatiable need to control and dominate Nature. Growing plants like this is like putting them in concentration camps – hydro/aeroponic farms are what factory farms are for animals. Plants are reduced to merely something we produce, like glass or plastic; they are not granted any rights that you would expect for a sentient living being. Never seeing real sunlight, never breathing fresh air, never digging into the soil, no connection to other plants via mycorrhizal fungi… Just means to an end, to feed our unstoppable population growth in our conquest for the world, our divinely appointed mission to produce ever more humans until there’s nothing in this world than humans and the things that directly benefit us. Anthropocentrism is one of the biggest threats to humanity’s future, and growing plants like this is the most selfish, egoist bullshit that humans ever came up within 10.000 years of agriculture. Unbelievable how arrogant our species has become.

“How do you provide food or urban environments”?
The answer is, you don’t. Cities are by definition not sustainable and the urban lifestyle and it’s demands for fancy technology and other unnecessary luxuries is killing the planetary ecosystem. Living in a city makes you an enemy of Nature, and therefore you don’t deserve fresh, organic food. You should eat what your oh-so-hip urban environment provides you with – cockroaches, pigeons and rats.
The future is not urbanization. If we continue this trend, globalized society – already on the brink of collapse – will experience a series of catastrophic cataclysmic events that will put an end to modern man’s rape of the Earth. Every civilization so far has collapsed, so why do we think ours won’t?

The future lays in small-scale permaculture practices employed on a big scale.

For every true gardener knows the joy of taking care of the plants around you, helping them when they’re in need and enjoying their mere presence, those people in the video have not the slightest idea about how Nature works and how fulfilling the tasks are that they assign to robots. The humans are almost completely excluded from the process of raising plants, and most work is done by computers. This will cause humans to be even more disconnected and alienated from Nature than they already are.
It is close to impossible to understand “all the different attributes that are affecting plant quality”, since we are just at the very beginning to scientifically understand about how incredibly complex plants really are, that they communicate with others, transfer information and nutrients, can see, hear, smell, taste and feel, and possess a form of intelligence. It is nothing less than arrogant of humans to think we can just use computers to collect vast amounts of data and create some kind of optimized average set of nutrients that we feed to the plants.

The most ridiculous claim is made when he boasts about his ability to “mimic the most healthy and nutritious eco-system that a plant needs”.
At this point I seriously question if he is able to fully grasp what an ecosystem really is. An ecosystem can NEVER consist of only one species, LED light and some chemical fertilizers dissolved in water. Ecosystems are vast interconnected networks of interdependent species that rely on each other, need each other, and benefit from each other. Calling an “indoor farm” for plants an ecosystem is like calling industrial-scale livestock cattle farms an ecosystem because, you know, there’s cows and artificial GMO-food.
It is nothing but laughable that a person like Irving Fain with such a delusional anthropocentric mindset makes claims about creating ecosystems.