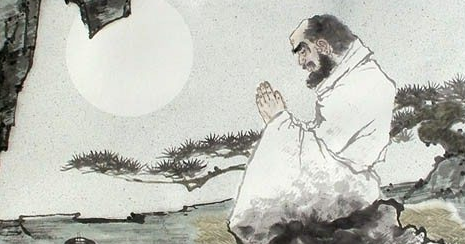 A spiritual approach to low-carb diet, with some scientific data to support the presented thesis.

Modern civilized humans eat way to much carbohydrates [=sugar and starch, with starch being long chains of single sugars], which are directly responsible for manifold health problems (such as obesity, cancer, heart disease, tooth decay) and social problems (hierarchical societies, population growth, private property and hence a tendency towards egoism and greed).

In case some of you remember the ridiculous “nutrition pyramid” they teach to kids in elementary school (grains making up the biggest part on the bottom, and the top rank being just a tiny portion of chocolate and other sweets, as if tons of carbohydrates and bits of candy are somehow part of the natural human diet), it is about time to finally dispel the myth that we humans need a lot of carbohydrates to be full, healthy and strong.

I point to hundreds of primitive tribes whose diet includes just a tiny portion of carbohydrates, but who are still in better health and stronger than most civilized people.

A carbohydrate-rich diet was introduced with the event of agriculture about 10,000 years ago. All this time makes up not even half a percent (!!!) of the time we humans live on this planet, so for 99,5% of the time we lived happy and healthy lives without grains and potatoes being the basis for our diet and without the backbreaking work their production requires.

Taoism is one of my favorite philosophies, due to it’s strong anti-civilization character and its focus on the importance, beauty and desirability of original wild Nature, harmony between all living beings and following what’s natural. It provides us with the very first critique of civilization, as found in the works of Chuang Tzu (also called “The Primitivist”):

“[…] In the days of perfect nature, men were quiet in their movements and serene in their looks. At that time, there were no paths over mountains, no boats or bridges over waters. All things were produced each in its natural district. Birds and beasts multiplied; trees and shrubs thrived. Thus it was that birds and beasts could be led by the hand, and one could climb up and peep into the magpie’s nest. For in the days of perfect nature, man lived together with birds and beasts, and there was no distinction of their kind.”

« Article: How the Super Rich Prepare for Collapse
Article: Robots Instead of Bees »