Article: We can’t vertically farm our way into a techno-utopia 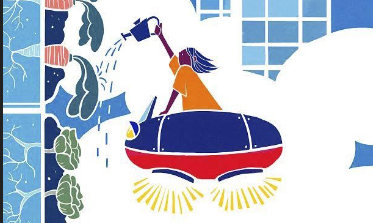 Article: We can’t vertically farm our way into a techno-utopia

We view hydro/aeroponics and vertical farms very skeptically. It is the most unnatural way to grow food, and it is probably the highest form of domestication of plants, depriving them of their own individual freedom. Vertical hydro/aeroponic farms are, like factory farms for animals, concentration camps.
Humans would have almost no contact with anything worth being called Nature, and the plant’s roots will never touch the soil, never see the sunlight, never communicate with others. You don’t have to be an animist to pity the plants grown in those conditions – and the humans, who suffer the inevitable consequences of their alienated lifestyle.

It is estimated that around 1,200 kilowatt-hours of electricity are needed to produce a single kilogram of edible plant tissue.
“Vertical farms often tack on solar panels to meet their electrical needs—perhaps unaware of the irony that plants themselves are solar panels. Open-air plants photosynthesize using energy freely given from the sun— so growing them under coal-powered, synthetic light, even if it is “energy efficient LED,” demonstrates the wasteful logic of profit-driven industrialization.”

“Our current agricultural system has long hoped of achieving the logic of factory-like efficiency, where products can be judged by a single metric of standard quality. Vertical farming intends to bring agriculture into the 21st century by making cucumber production as streamlined and mechanical as, say, iPhone manufacture; the industry boasts that, with enough data, it is possible to reduce the plant to a widget.
The issue, however, has always been that biology resists standardization, and that standardized biological systems tend to be weaker and less healthy than more complex ones. This is why our monocultural croplands demand more pesticides and fertilizer each year. Chemical inputs maintain frail ecosystems against the pressure of fertility collapse, nutritional poverty, pestilence, and disease.”

We share the view that “agroforestry and permaculture are two alternative agricultural systems that take this lesson to heart, seeing the forest, rather than the factory, as the ideal model for food production” and are therefore the preferable choice, offering more freedom to all species in the community of life.

A good case is made against the realistic outcome of such “futuristic” farming techniques and innovations – in the end, all those efforts are just another step to the anthropocentric delusion of total control of Nature.